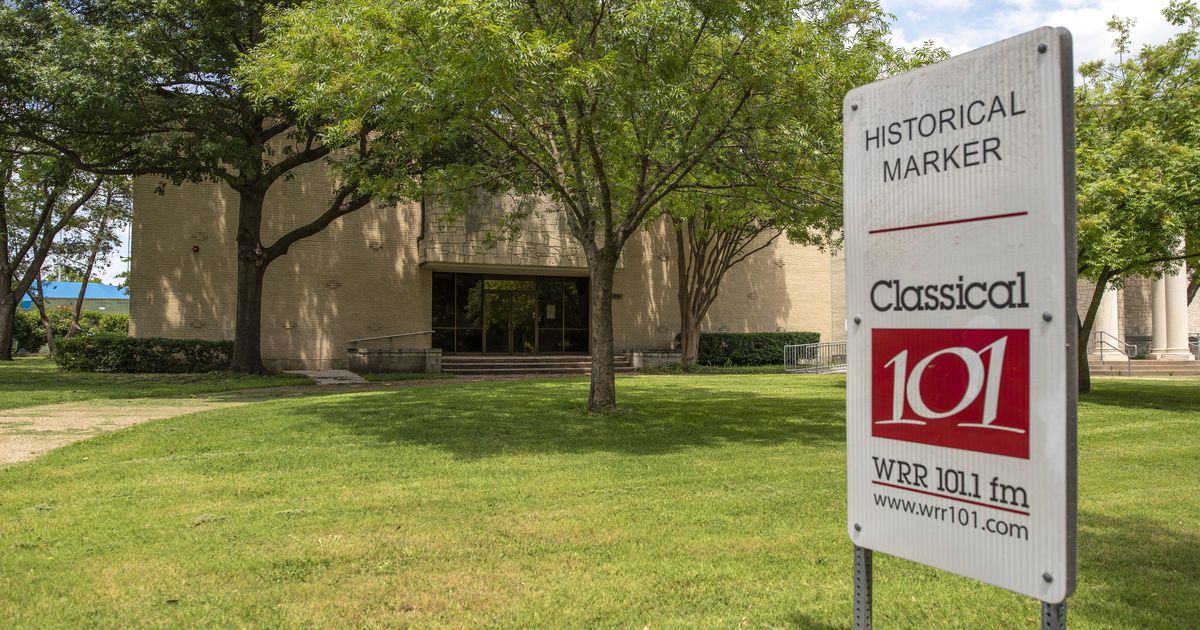 Options for the future of the classic city-owned radio station WRR-FM (101.1) seemed to expand this week with a suggestion that the public radio and television operator KERA might consider buying the station.

Last week, the Dallas Bureau of Arts and Culture recommended that KERA take over management of the loss-making station, retaining its classical music content but transitioning from a commercial to a noncommercial format. City officials are also considering the possibility of simply selling the station and taking the money.

WRR is valued at around $13.5 million, and the city could use $5.6 million from a possible sale to pay off the station’s debt. If the station were sold, there is no guarantee that it would remain classic.

During a Monday meeting of the Dallas City Council’s Quality of Life, Arts and Culture Committee, Speaker Adam Bazaldua asked KERA President and CEO Nico Leone if KERA would consider buy the station. Leone said he would discuss this possibility with the KERA board.

In an interview after the meeting, Leone said the decision would be up to the board. He couldn’t comment on the council’s interest until after their meeting.

“It’s a commercial station. Anyone can bid on it,” Leone said. “There are people with pretty deep pockets and no way to impose a restriction on [the format of the station]. I expect that if the city sold the station, there would be no classic radio in Dallas.

If the city council decides to sell, KERA would not have priority in the tenders, city officials said. The city would accept bids from all interested parties and the process would take 18 to 24 months.

At Monday’s meeting, at least one committee member appeared to support the contract brokered by KERA and the Bureau of Arts and Culture.

“It was great news to learn that KERA was the successful bidder for the station,” said councilman Paul Ridley, who represents District 14.

But President Bazaldua, who represents District 7, thinks a sale would make more sense. Its district includes Fair Park in South Dallas, where WRR’s studios are located.

Classical music in quarantine: WRR makes connections on the airwaves

Selling the station would bolster the city’s arts endowment and allow the city to increase access to audio streams of town hall meetings, Bazaldua said at the committee meeting and later reiterated. He considers this to be the best time to sell.

“It’s 2022, and I know how much I listen to the radio compared to what I used to, and the same goes for my family,” he said. “We’re not going in a direction where more people are going to listen to analog radio.”

As part of the potential management deal with KERA, the North Texas public broadcasting group would sign a seven-year contract, with two chances to renew for eight years. These timelines relate to FCC license renewal requirements and would allow the city to review WRR’s situation.

WRR began broadcasting city council meetings in 1978, but has not done so since 2020. The council would revoke the mandate if it approved KERA’s proposal.

Other terms of the agreement would require KERA to air daily public service announcements on WRR or KERA’s other platforms to promote arts organizations and city programs.

Calling it a “band-aid solution”, Bazaldua thinks it would benefit all parties if KERA bought the station instead.

Last June, Dallas began looking for a new direction for WRR after the station’s eight-year deficit. The city’s arts office received proposals from the Dallas Symphony Association and KERA, ultimately choosing the latter.

KERA and city officials will hold a public meeting on May 23 at the Fair Park Multimedia Center. City Council is due to vote on the issue on June 8.