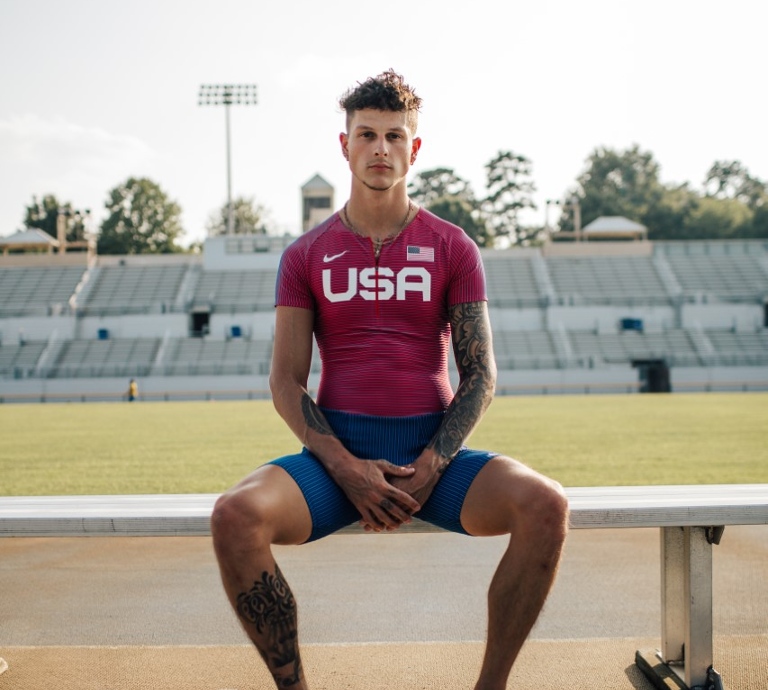 Mayhugh spoke with Steven Cuoco about his journey in athletics, football, and how adversity made him stronger to overcome cerebral palsy.

“Live On Air With Steven Cuoco” is a weekly syndicated satellite radio show produced and hosted by acclaimed media professional Steven Cuoco, who is a seasoned expert in public relations, reality TV, media, broadcasting and podcasting.

Mayhugh and Cuoco’s in-depth, compelling and profound interview can also be heard on Spotify below, and can be listened to on the Power 98.5 Satellite Radio iOS and Android app and on Alexa by adding the Power 98.5 skill in the Alexa application.

Overall, Nick Mayhugh’s life story is an inspiration to everyone. Cuoco helps paint an intimate and vivid portrait of a young man who was determined and found ways to go beyond the ordinary, and transform contemporary Paralympic athletics into what it is today. ‘hui; in addition, he broke world records in doing so, becoming the fastest man in Paralympic Games history.

There is something about this insightful and motivating conversation with Nick Mayhugh for everyone. It comes highly recommended and is worth more than just a glance.