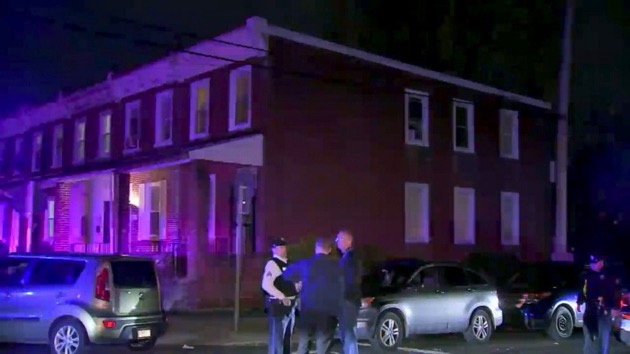 (PHILADELPHIA) – A pregnant woman unloading gifts from her own baby shower was shot and killed outside a Philadelphia home on Saturday night in what police said they suspected was a “cowardly” targeted shooting.

The murder of the 32-year-old, who was seven months pregnant, comes as Philadelphia enters a record year for homicides.

The name of the mother-to-be was not immediately disclosed. Police officials said she was taken to Einstein Medical Center, where she was pronounced dead. Doctors were unable to save her unborn child, police said.

On Sunday, investigators were trying to identify one or more suspects and find the motive for the murder.

Philadelphia Mayor Jim Kenney said the city was offering a $ 50,000 reward for information leading to an arrest, he said Sunday morning.

Coulter said the shooting took place around 8:30 p.m. in northeast Philadelphia when the woman returned home from her baby shower and was unloading gifts from her Kia Soul parked outside her house near the intersection of Palmetto and Benner streets in the Lawncrest district.

A police officer on patrol two blocks away heard gunshots and found the pregnant woman outside her home with gunshot wounds to her head and stomach, authorities said.

At least 11 shell casings were recovered by investigators at the scene, police said.

â€œWhen I look at this situation, it looks like someone was aiming for it, looking for it,â€ Coulter told WPVI.

As of the start of the weekend, Philadelphia Police had investigated 491 homicides in 2021, a 13% increase from the same period in 2020, according to a grim tally from the city’s comptroller’s office. In 2020, the city recorded 499 homicides, one less than the record for homicides in the nation’s sixth-largest city set in 1990.

At least 397 of this year’s homicides were the result of shootings and 1,582 other people survived shootings in Philadelphia this year, according to the Office of the Comptroller.

Tom McDonald, a resident of Lawcrest, said his wife heard the gunshots which killed the pregnant woman he described as “a nice person on the street”.

â€œWith this (that) just happened here at the end of my blockâ€¦ enough is enough,â€ McDonald told WPVI. â€œIt’s time for the city to do something. Everyone is fed up. We (are) tired of it.

Coulter said the city and the police department are “doing what we can.” She added: “We cannot stop people who intend to shoot someone.”