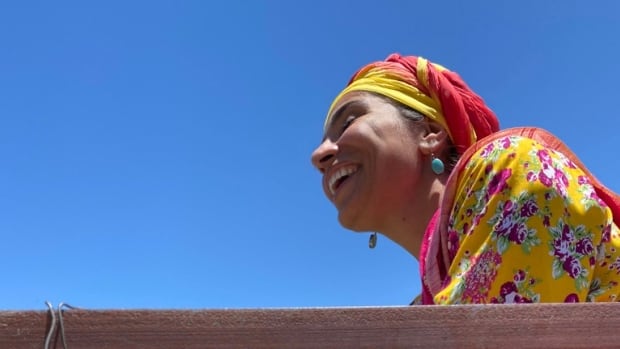 A Canadian aid worker and activist who was detained by the Taliban has been released, her brother says.

Nadima Noor, social media activist and founder of the non-governmental organization Dream Voice Act, was arrested along with six of her colleagues in their Kabul office on February 13 and held for a month without charge, according to her brother Dastaan ​​Noor. , who lives in Ottawa.

Dastaan ​​said Wednesday that his sister is now free.

“She was released today and was very excited to return to work for her NGO. No wrongdoing was found,” he said.

Nadima herself was not immediately available for comment. It is not clear whether all of his colleagues have also been released.

The Taliban has not commented on the record of Nadima’s arrest or release, and emails to the Afghan government have bounced back.

Dastaan ​​says he had worked behind the scenes for weeks trying to secure his sister’s release, but was unable to get any information from the ruling Taliban government in Afghanistan about the reasons for her arrest or on when she would be released.

Eventually he decided to go public with his story, speaking first to the Washington Post, then to several Canadian media, including CBC Radio As it happens.

“The power of journalism has been proven,” he said.

Global Affairs Canada said on Tuesday that the government was “aware of the existence of a Canadian currently detained in Afghanistan” and was providing assistance to the individual’s family.

CBC has contacted the government again for comment on Nadima Noor’s release.