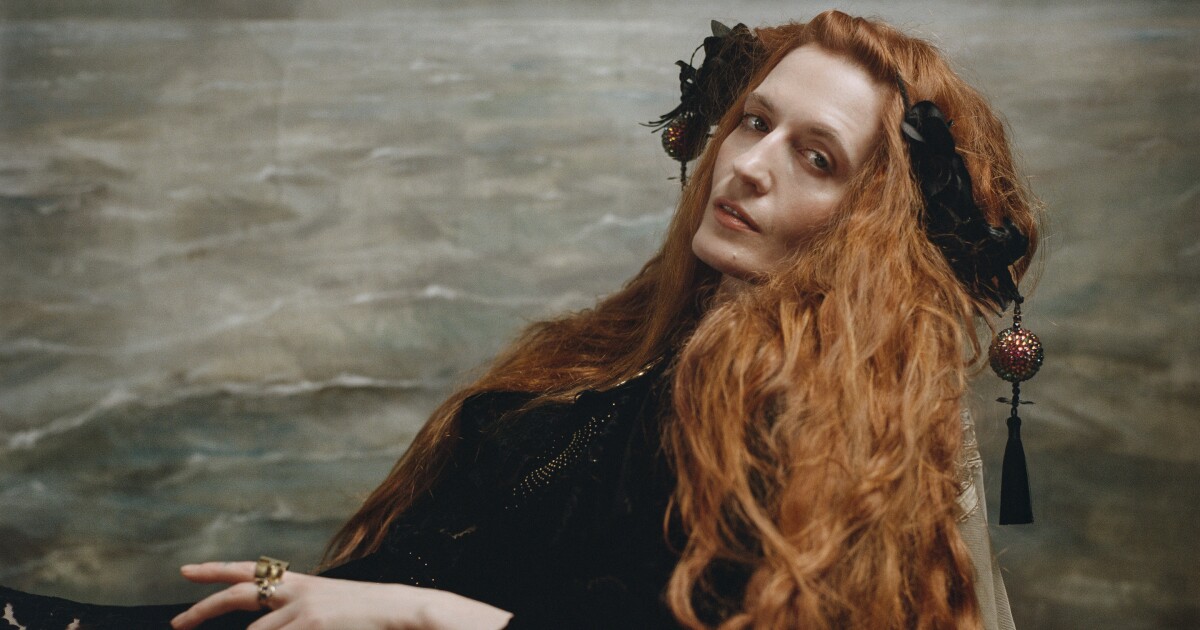 The pandemic and its ensuing lockdown have forced many people into a space of self-reflection. For Florence Welch, lead singer of the Grammy-nominated group Florence + the Machine, this moment of solitude came with an intense period of personal reflection on her seemingly fractured desires. Questions about how to balance motherhood with the bodily experience of being a performer left her with a kind of painful frustration. To achieve this, she went into the studio and put all those complexities into her latest record for Florence + the Machine, dance fever.

In this interview of All things considered weekendWelch sat down with NPR’s Michel Martin to talk about her creative process for her latest record, the struggles she feels between motherhood and performing, and the influences behind two of the songs on dance fever.

This interview has been edited for length and clarity. Listen to the audio version above.

Michael Martin, All things considered weekend: It’s your first album since 2018. You were working on the new album, but now you’re releasing it and working on it at a very different time than you anticipated when you started. Do you think it’s different from what you would have said… if you had worked it out the way you planned?

Florence welch: I said at the end of [2018’s] high as hope, I’m going to stop, I’m going to calm down. I have to stand still because touring is hard and showing off, even in records, is hard and it’s not getting any easier. You’d think you’d get used to it, but the more you give, the harder it gets. I was like, I need to take a really big break.

And I didn’t. It was as if the album had come to me in a deluge and it was like a fever. It was like, you can try to settle down and not write, or you can get carried away by this song fever. And I really did. And the album became this feeling, the beginning of it, of being kind of driven by your own creativity – of stability, of home, of more domestic pursuits. I felt like I was going to New York to do it in this kind of creativity fever that I was already questioning. I was already like, oh, is this a good idea? But I’m going to do it anyway because it feels so good in the moment.

i need to play [your song] “The king.” Humans have all kinds of different feelings, but there are a lot of people here, especially people who identify as female, who will hear those words and say “Yes? Yes!” At the beginning of the song, you sing: “We argue in the kitchen about whether to have children / About the end of the world and the extent of my ambition / The very thing in which you are the the best is the thing that hurts the most.”

And “How much is art really worth / Because the thing you’re best at / It’s the thing that hurts the most.” It’s as if it were the summary of my life. And also the conflict of being in a non-traditional role. It’s the thing that I never thought of as a young woman to make music. It wasn’t like those fears about what I sacrifice or what other avenues I miss by stubbornly pursuing the thing I loved the most.

I never dreamed of marriage or children. I just thought it was something that would happen. Like, I’m going to focus on work, and that’s something that’s probably going to happen. I turned 35 and then it was time to book tours and write again. That’s when I realized that for me, the next five years in terms of having a family and making those decisions, that time was getting more and more precious and under pressure.

Did you mean what I hear, which is rage?

I am so angry. I think my performances are so bodily. They are so ingrained in my body and I think there are lots of ways to make it work. For me, it really felt like I had to choose, based on how I wanted to use my body over the next two years. And the rage was so acute. It was also frustration. Just the frustration, which I think is the cry at the end. I think a reading of that song would be too simplistic, like it’s against those things. I am not a mother, I am not a bride. And the rage isn’t that I’m against them, it’s the rage that I actually feel completely divided. I feel like I’m torn in two.

I think a big part of my job as a person, not just on stage, is to find a way to bring my creativity and the more grounded side of me that wants stability and glimpses of normalcy wherever I go. can find them. I think it’s been a gradual job for me, especially since I’m sober, trying to bring the opposite sides of myself together. And I think that might be the last hurdle. For me, it will also be about accepting change and letting go. I have been the architect of my creativity and my life in such a specific and obsessive way. And it feels like surrendering to motherhood is a total surrender of control. I’m slowly trying to figure out what that means for an obsessed perfectionist who controls every part of his creative life to the nth degree.

Let me ask you about another song from this album, which is “Choreomania”. The song takes its title from the dance mania that swept Europe in the Middle Ages during plague outbreaks, where people literally danced until they collapsed from exhaustion – clearly making the link with the current moment. But how did you hear about this? Did they teach that in high school in England?

No no. In fact, a friend told me about it. My friend is a poet, and they had written a poem about it which I’m in. But they transferred the dance plague to present-day Berlin. And that would be me dancing in a gay nightclub in Berlin with Patti Smith and Kate Bush. I was like, “This is amazing!”

They told me about this dancing flail and I went down a rabbit hole with it. There was a specific outbreak in Strasbourg where 400 women danced themselves to death. What I found so fascinating about this is that they have so many theories as to why this happened. One of them, which I found very interesting, was that it could have been psychological because of the stress, because of all the other plagues that were going on, because of the harshness of life in Middle Ages. It was like a psychological phenomenon, and I was really connected to [it].

I understand that you shot the videos for this album in kyiv before the war. You dedicated the video to “Free” to “The spirit, creativity and perseverance of our brave Ukrainian friends. “It’s such an emotional, difficult and terrible time for so many people. What gave you the idea and did you hear from any of the people you work with there?

[Director] Autumn de Wilde, Kyiv was like her second home to shoot. We shot there in 2021 in November. She was like, “There are such great teams and they have amazing special effects teams” and we knew we wanted to do this epic. Fall was just like, “I have an amazing team in Kyiv. Do you want to go to Ukraine?” I was like, “Oh, I would love to.” We went there and just hung out. It’s hard to imagine that there [were] sort of rumbling. We just had the most incredible time, and there was no idea of ​​the magnitude of the horror that awaited us. And – I’m so sorry – it’s so hard to talk about it without crying.

You can cry. Many of us cried.

When the war broke out, we just contacted each other to make sure everything was fine with everyone. I think everyone is doing well so far. And our two dancers who danced in [“Heaven Is Here”] …one of them is now in England and I hope to see her, and one of them is now in Amsterdam. These videos…these are my favorite videos ever made. We couldn’t have done any without these teams and these people. It’s really hard to talk about it because it’s a feeling that I don’t even know how to put into words. It’s still a bit of a shock.

Did Radiohead predict the future on OK Computer?