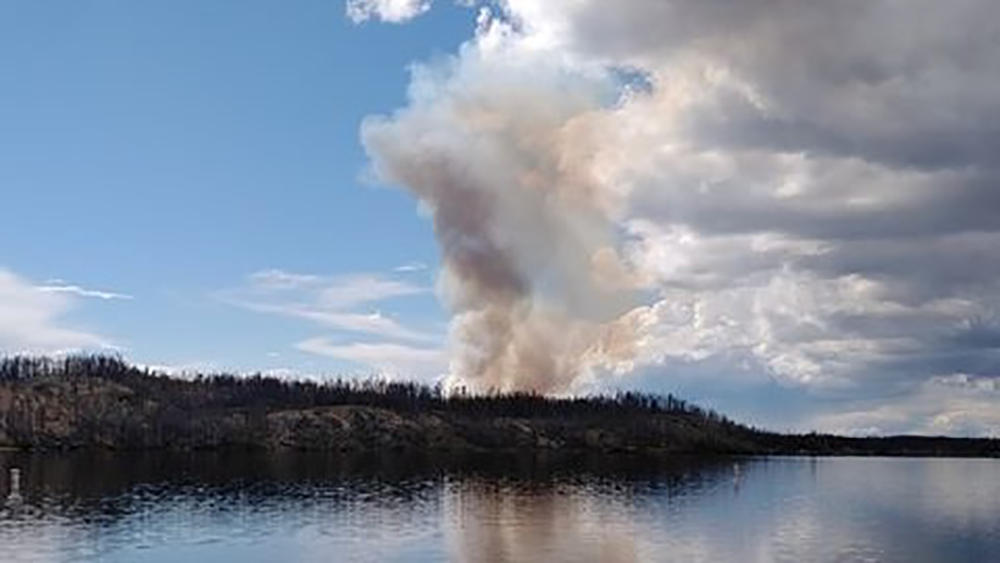 The Northwest Territories can expect an average wildfire season in 2022, the territory’s wildfire operations manager said during a season-opening briefing later than usually.

Comparing this year’s forecast with the last three or four years, Richard Olsen said: “We are entering what I would call an average fire season, with the potential for significant drying and potential extreme fires around of Great Slave Lake.

The wildfire season has been underway in the territory for about a month. The GNWT’s first wildfire update was released on June 2, by which time there were three active fires. As of Monday, there had been 36 fires so far this year.

There are currently 19 active fires. To date, most fires in the Northwest Territories have occurred around Great Slave Lake.

Olsen said several fires are being monitored, including one about 50 km southeast of Fort Resolution and another about 10 km from Fort Liard.

Olsen said none of the fires pose a risk to nearby communities at this point and crews are working to put them out.

Last winter brought heavy snowfall to many parts of the territory, saturating much of the ground in the Beaufort Delta and Sahtu. The South Slave and Dehcho also experienced heavy precipitation over the winter, but are drying out more quickly than areas farther north.

“A few areas of the Dehcho, extending into areas around Great Slave Lake, appear to be starting to dry out much more than they saw last year,” Olsen said.

This year, Yellowknife recorded its second warmest start to June on record. Olsen said the forecast he’s seen is that this “strong warming” could continue through July, especially in the territory’s southwestern corner.

Monday’s update came two months after a national wildfire forecast predicted heavier precipitation for northern Saskatchewan and much of the Northwest Territories for the first half of summer, with no firm suggestion of above normal wildfire activity in April, May or June.

This year’s opening NWT update came a month later than last year’s first wildfire briefing of the season. Olsen attributed the delay to “some training and travel commitments and downtime related to Covid-19.”

2021 another below average season

While last year’s wildfire season saw significantly more fire activity in the northern part of the territory, its 139 blazes still amounted to a below-average fire season.

Either way, Olsen said, resources to fight the fires have not been reduced. There are still 33 four-person fire crews spread across the territory.

“We’re pretty much in a relatively good position in terms of the number of resources we have in the places we’re in,” he said, “and the ability, if things get really busy, to go and ask for additional resources, resources and help.