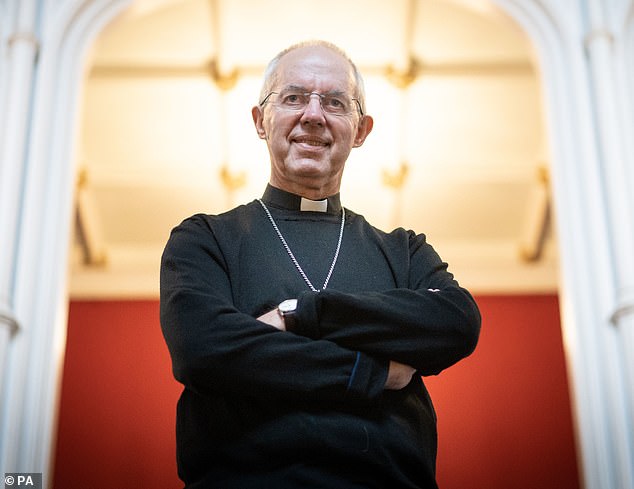 By Chris Hastings for The Mail on Sunday

The Archbishop of Canterbury has accepted responsibility for not attracting more worshipers to the Church of England, with numbers hitting record highs in recent years.

In a BBC radio interview broadcast today, Justin Welby makes his confession to Dr Susan Blackmore, psychologist and atheist, after expressing doubts about his conversion to a faith.

The Very Reverend Welby, 66, said: ‘As you can see from the figures from the Church of England, I don’t persuade many people.

The Archbishop of Canterbury, pictured, also said there were times when even he questioned God 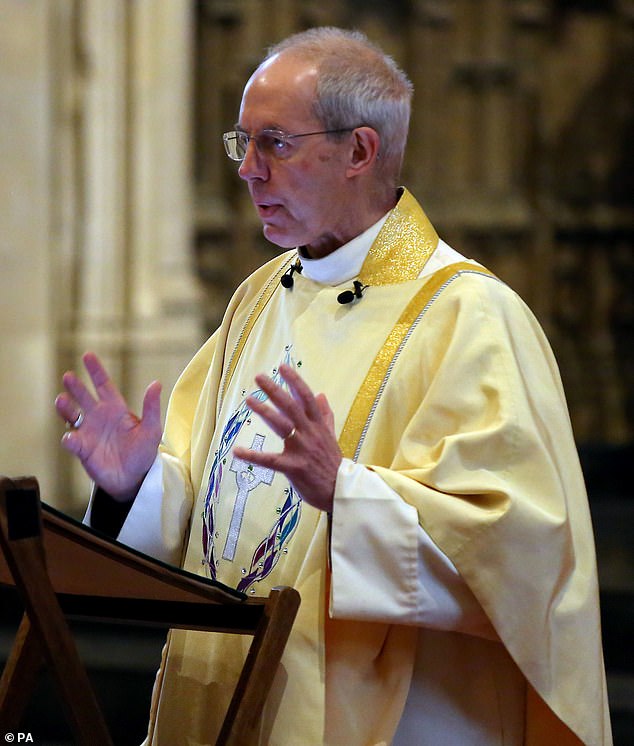 The Archbishop also said there were times when even he questioned God.

He described an encounter with a warlord, whom he did not identify, as the only time he had come face to face with evil.

When asked how he dealt with these situations, he replied, “I go back to the Psalms, the Psalms of protest and lamentation, and I say to God, ‘This is all wrong. What do you think you are doing?”

A ticket stub from Jackie Robinson’s major league debut sells for a record $480,000