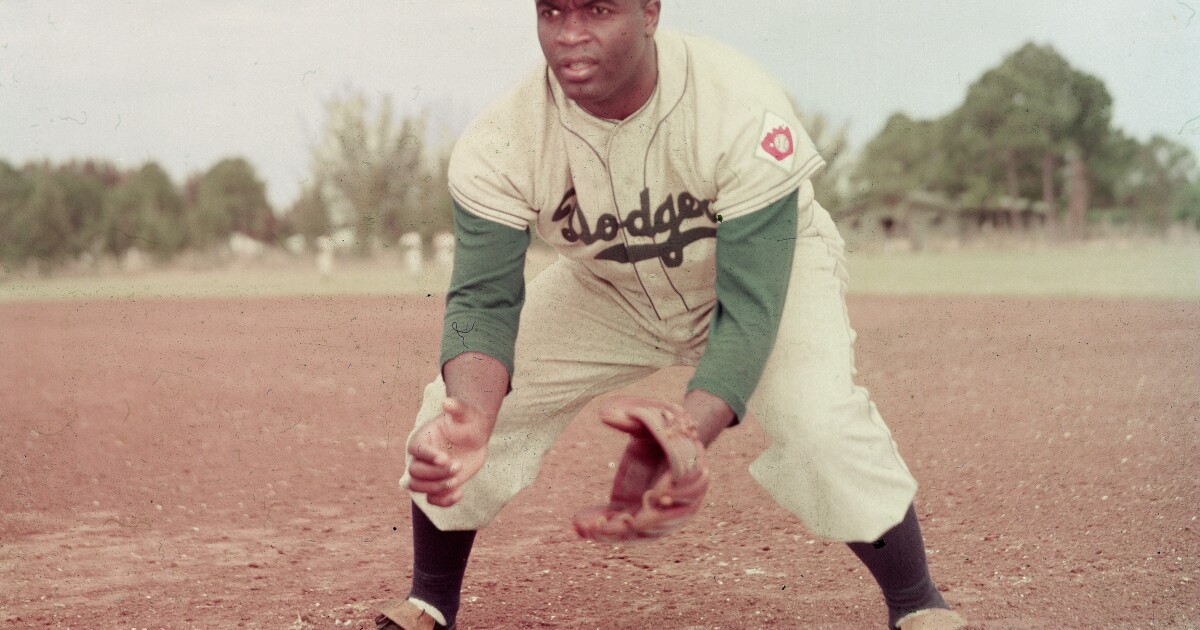 A ticket stub from Jackie Robinson’s major league debut sells for a record $480,000

A ticket stub from Jackie Robinson’s major league debut with the Brooklyn Dodgers in 1947 is said to be the most expensive sporting event ticket ever sold at auction.

Costing only $1.75 at the time, the ticket stub went for a whopping $480,000 Sunday, according to Heritage Auctions.

And it was the second time the record had been broken that day.

Earlier in the auction, a bidder purchased a full ticket to Michael Jordan’s 1984 NBA debut with the Chicago Bulls for $468,000, ESPN reported.

The previous record was $264,000 for a ticket stub — not a full ticket — from the same game, according to the network.

Interest in collecting trading cards and other sports memorabilia has taken off during the pandemic, along with prices for some rarer items.

Sales of baseball cards on eBay increased by more than 50% between March and May 2020 compared to the previous year, Marketplace reported.

Jackie Robinson’s ticket stub was one of only seven known, the auction house said.

It comes from the April 15, 1947 game at the old Ebbets Field in Brooklyn where Robinson became the first black player to enter the field for a major league baseball team in the modern era, ushering in the integration of the one of America’s most popular sports.